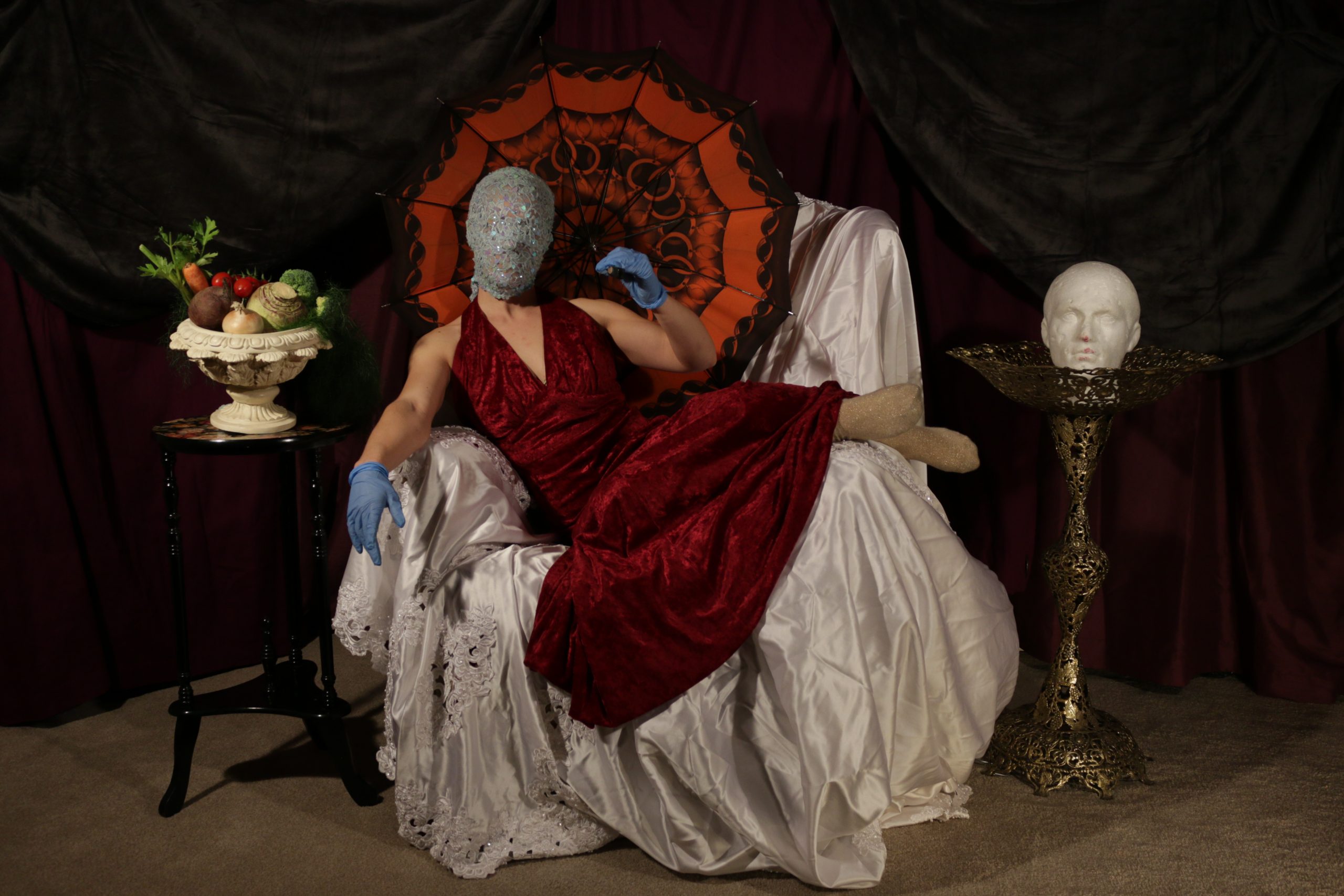 Soup is a kinetic shrine to my mother and an absurd meditation on the process of grief. It exists inside a fey mirror world built out of vegetables, polystyrene heads, the kitchen table and inhabited by a sinuous doppelgänger. Performed with a mutant physicality, it is simultaneously brutish, sensual, ridiculous, and vulnerable, Soup see-saws between hilarious and harrowing as it reaches for a shared state of catharsis with the audience.

Deirdre Griffin established her performance company, Headonbody, to create works characterised by wild absurdity and high physicality. To date her company has presented shows in Ireland and Germany. SOUP is a collaboration with sound artist Craig Cox and was nominated for Best Performer award Radical Spirit Award at Dublin Fringe Festival 2019.