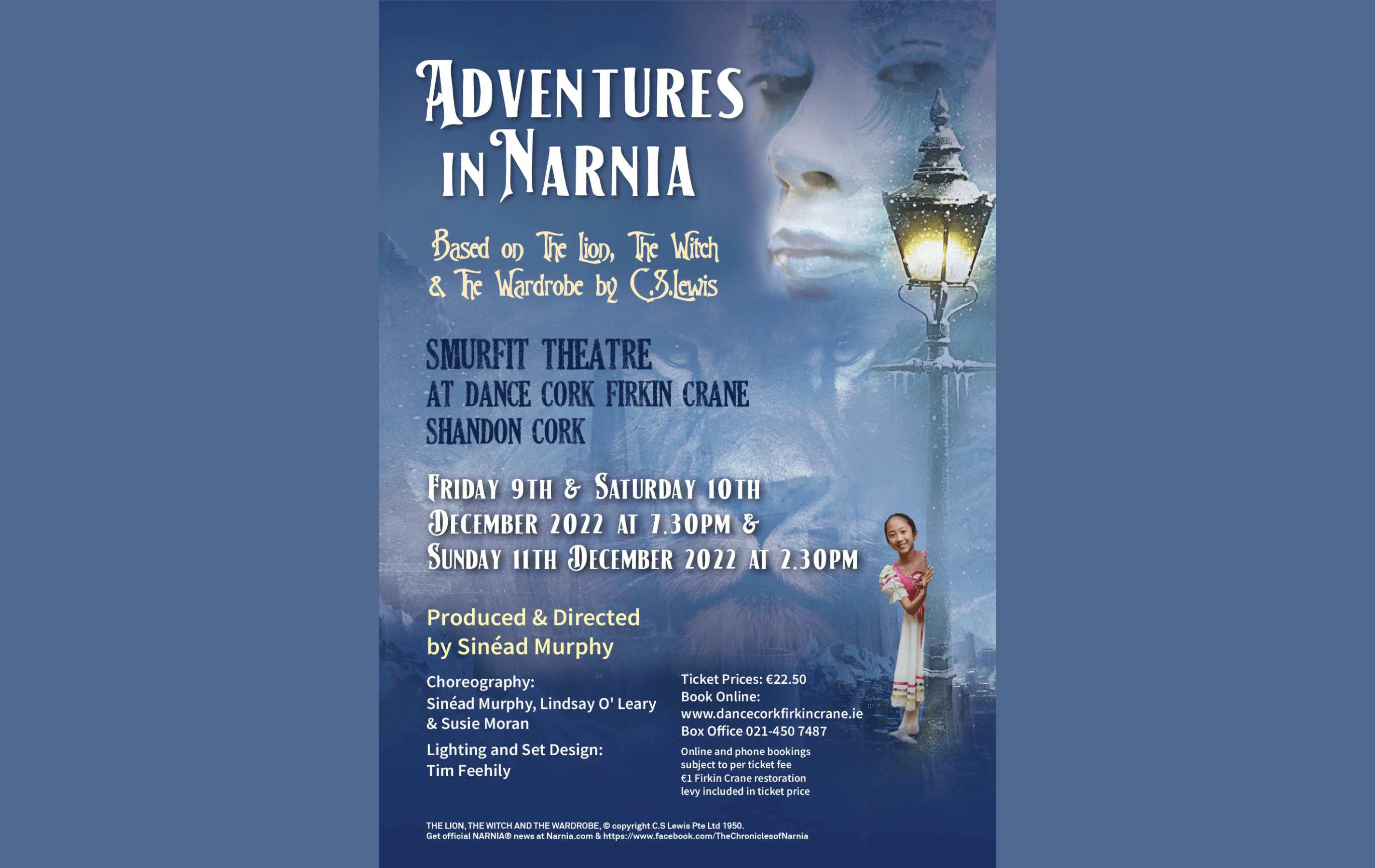 Cork School of Dance Presents Adventures in Narnia, based on The Lion, The Witch and The Wardrobe, by CS Lewis

Cork School of Dance Presents Adventures in Narnia, based on The Lion, The Witch and The Wardrobe, by CS Lewis.

Come with us as we follow the adventures of brothers and sisters, Peter, Susan, Edmund and Lucy as they escape to the countryside from London during The Blitz of World War II.
One day Lucy, the youngest, finds herself on a journey through a wardrobe into magical and snow covered land. She sees no fear as she wanders through the glistening snow. Through her curiosity, she meets dancing nymphs, woodland fairies and a host of other animals and creatures in the land she discovers, that is Narnia, where it is permanently Winter but never Christmas because of an evil spell cast by the Wicked White Witch.
Join Lucy and her siblings in Narnia, as they encounter Mr Tumnus, Mr Beaver, sparkling Turkish Delights, an intuitive Robin, a host of other dancing animals and mystical fairy nymphs and of course The Spirit of Christmas, as they join forces with the hero Lion, Aslan, to fight The Wicked White Witch and her mysteriously veiled, ethereal, Maidens in their quest to break her evil spell.
Watch the once frozen world ruled by the power of The White Witch melt away and return to its natural form of life filled with love, joy and laughter.

THE LION, THE WITCH AND THE WARDROBE, © copyright C.S Lewis Pte Ltd 1950.
Get official NARNIA® news at Narnia.com and https://www.facebook.com/TheChroniclesofNarnia